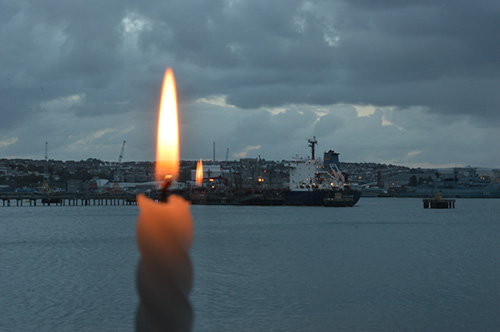 Figure H05: Candles were used as navigation lights throughout history. But what is the distance from which it can be seen?

In ancient times, candles were shown from windows to act as aids to navigation for mariners. (See our page on Ecclesiastical lights, for example). Today, we might ask how effective this was. How far can a single candle be seen? Can we calculate the answers to these questions? Well, let us start with some basic questions and see where they take us...

Q: How is light and brightness measured?

Light is energy, which is measured in watts, but what matters for us is the amount energy that falls on the specific area of our eye. Thus, we measure the energy that falls on a given area as a measure of the light intensity. We talk of brightness, or more precisely, luminous intensity. The area of our eye is fixed. (OK, the iris gets wider and narrower to adjust for varying light conditions, but let's ignore this for the moment.) If we stand close to a light, it seems bright. If we move a long distance away, it is much dimmer, or we may not see it at all. As the light spreads out, so the energy falling on the cells at the back of our eye gets smaller.

We can measure luminous intensity in terms of watts per square metre, say. Now, in physics, it has been shown that luminous intensity decreases with the inverse square of the distance between source and observer. What does that mean? Suppose we have a square, white screen that is exactly one metre along each side. If we hold the screen 1 metre away from a light source, let's say the energy falling on that square metre is 400 watts. If we now move the screen to a distance of 2 metres, the light intensity falling on the screen is now 400/(2 x 2) = 100 watts. Increasing the distance to 4 metres results in a decrease of the light to 400(/4 x 4) = 25 watts. And so on... This is the Inverse Square Law.

Q: How far away can I stand and still see the light?

Let's suppose we can only see light that has an intensity of 1 watt per square metre. How far away can we stand and still see the light? Well, if we call the distance d then we write the equation 400/(d x d)=1 from which we can easily see that d evaulates to 20 metres. So, at a distance of 20 metres, we can only just see the light. If we move any further away, we can't see it. So, if we need to see the light at a greater distance than 20 metres then we must make it brighter and hence we must make it give off more energy.

Obviously, we have used some simple numbers here just to explain the principles. You might like to consider that, during the day, everything we see is due to energy released by the Sun, an immensely bright light source. That energy left the Sun at a distance of 93 million miles (150 million Km) from Earth and was dissipated according to the inverse square of the distance between the Sun and the Earth, yet it is still astonishingly bright, having taken 500 seconds to reach us. At night, we see stars that are an incredulous distance away. The light has taken many millions of years to reach us - yet we can still see it. How bright must those sources be?

Q: Why not go on using brighter and brighter lights?

For a long time, light intensities were measured in candle power. Very powerful lights of 1 million candle power have been used in the past, but over time it has been shown not to be necessary to have lights of such great power. In fog or low cloud, light is dissipated by the water vapour in the air so in these kinds of weather conditions it doesn't matter how strong it is, the light just doesn't penetrate an unsuitable atmosphere over large distances. Putting lighthouses on high cliffs is satisfactory for increasing the visibility when the weather is good, but if the lighthouse is shrouded in mist and low cloud their lights cannot be seen.

You might also ask, what is the point of being able to see a light from a distance of fifty miles (80 Km), even if it were possible? When you are fifty miles from rocks, there is not much chance of hitting them! There is surely a sensible distance which combines the need to know about a navigational hazard and being too far away for it to matter? So, over time, a balance was struck between the need for a reasonably bright light to be seen at a sensible distance.

Q: How do we talk about the light used in lighthouses?

Scientists first started measuring things like light in the seventeenth and eighteenth centuries. They have used numerous methods of classifying light sources. An early method was to use the unit of candle-power whereby a light source was said to be equivalent to a given number of candles. (Over time, this unit became first the candela and then the lux or lumen, terms which were far more precise but not so readily accessible to non-technical people.) This unit of measurement is still quoted today because it is simple to understand. It is, however, not very scientific and therefore not very precise. Light sources today are frequently given by non-scientists as 100,000 candle power and we often read that the brightest lights ever used in lighthouses were a few millions of candle power.

In the next section, we shall take a closer look at the numbers involved.