Pharology - What Is A Lighthouse - W08

In the definition of a navigational aid given above, there is no distinction between night and day. Plenty of navigational aids exist which provide guidance in daylight, but which are unlit. These are termed daymarks. A navigational aid built today would be designed to be visible both by day and by night, and would therefore be lit, at least by night. In many countries, designs specifically include brightly coloured geometrical figures – stripes, bands, squares etc – painted on rectangular, square, triangular or pyramidal boards for maximum daytime visibility. To enrich our terminology, we propose that the term daymark is used to apply to any built, unlit navigational aid, whether or not it actually bears a light, for it is clear that when a lighthouse or lightstructure is unlit, then it is also performing the role of a daymark. 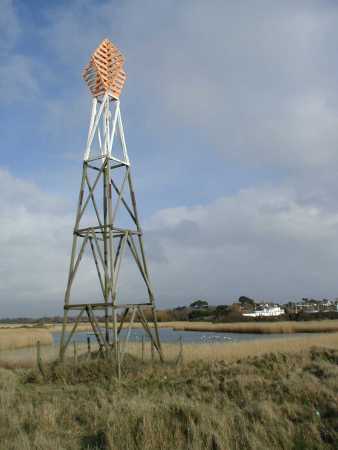 The image above shows a daymark at Hill Head, near Lee-on-the-Solent, Hampshire, UK. The structure can be described as a wooden framework tower with a white horizontal band and an orange mark. It is simply a positional device. 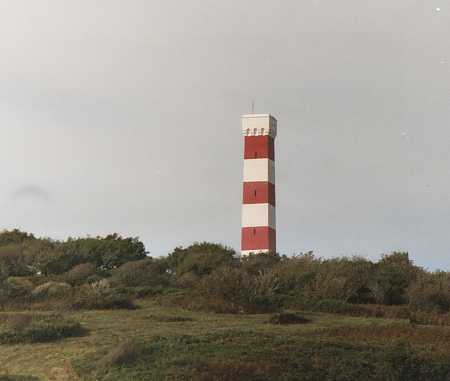 A much more permanent and well-known daymark in Cornwall, UK, is the one at Gribbin Head, near St Austell, shown above. This large structure marks a prominent headland. 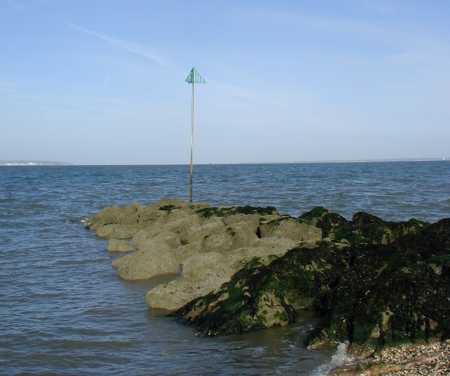 This photo shows a very simple daymark to indicate a fixed hazard, i.e. the rocky outcrop.

From Figure 1, we see that all of these structures are navigational aids that are built and unlit.