Pharology - What Is A Lighthouse - W05

It would be natural to turn to a dictionary for a definition of the word, lighthouse. The Oxford English Dictionary reads:

"A tower or other structure, with a powerful light or lights (originally a beacon) at the top, erected at some important or dangerous point on or near the sea-coast for the guidance of mariners."

Most pharologists would find this definition inadequate, for it makes no attempt to describe the structure itself or to distinguish between the many possible forms such a structure might take.

"A lighthouse is a lightbeacon having a height of at least 4 metres (13 feet), and a cross-section, at the base, of at least 4 square meters (43 square feet). This simple definition does not require that a lighthouse have any particular form or appearance. The structure may be enclosed, partially enclosed, or completely open."

In the past, lighthouse historians have tended to establish a close association between the development of lighthouses with keepers (and lightships with crews) and the history of nation building. This is not felt to the same degree in countries where the nation was very much built before lighthouses. In the North American tradition, other types of lightstructures are often not considered to be true lighthouses because they played no social role and the idea of the light station becomes the most important concept. In contrast, the English (as opposed to American) language concept of the lighthouse itself is the most important, and use of the term ‘light station’, and also ‘light tower’, is quite limited.

It could be argued that the definition of a lighthouse as any kind of structure bearing a light is much too permissive. Rowlett's definition falls into this category. On the other hand, if preservationists consider only the structures associated with historic light stations to be lighthouses, this seems too restrictive.

A good definition needs to include the form of structure. Certainly, it must embrace the notion of a human tending to or maintaining the light from within an enclosure – whether that is the entire structure or just the lantern itself. Thus, lighthouses can be towers that are not fully enclosed but have an enclosed portion - a central tube or column, whether cylindrical or square in section – and/or an enclosed room at the top that serves as a watchroom and protects the keeper from the elements whilst operating or maintaining the light.

The definition of a lighthouse that we propose is therefore:

"A fully or partially enclosed built structure bearing a light that is used as a navigational aid and that is capable of admitting at least one person to operate or maintain the light entirely from within."

Thus, a lighthouse does not float, although it can be in the sea or on land. No particular form or appearance is required, but completely open structures should not be included. This definition applies not only to existing or currently lit structures, but also to those that were used in this way in the past and may now be totally destroyed. By definition, a lighthouse is lit, although we impose no restriction upon the number of hours that it is lit. Indeed, some lighthouses in the UK are now lit for 24 hours per day, whilst others, in Scandinavia for example, are lit only for certain months of the year. We assume that where a light is part of the structure, it is likely to be used at night; it is not sensible to consider a structure that is lit only by day.

Some argue that a structure to be designated as a lighthouse should provide its keepers with living accommodation. This definition would exclude some splendid structures that many people would naturally wish to call lighthouses, but where the keepers lived, not in the tower, but in a house nearby. Conversely, there are structures that many people would not call lighthouses, where keepers lived nearby. And what constitutes "nearby"? On a defined plot of land? A mile down the road? It is difficult to see how these contradictions can be simply resolved.

In the word ‘lighthouse’, the sub-word ‘house’ is itself ambiguous, for it can be used as a noun and a verb. This possibly explains why the concept of people living and working ‘on-site’ has become the more important concept than the importance of the navigation aid itself. In other languages, there is a good international consensus on the different functions that different lights fulfill: headland lights, coastal lights, harbour lights, hazard lights, leading/range lights etc, but it is the sub-word ‘house’ that biases the mental image that English-speaking people have of these structures. The idea that a lighthouse should contain a house (noun) for living accommodation simply adds a layer of complication. There are many lighthouses, which are houses (noun) in the usual sense of the word, and which show lights from a window or some other small point on the building. They would not normally be described as lighthouses, but they are certainly used, and therefore definable, primarily as navigational aids.

The idea that a keeper actually lived on the premises with his wife, raised a family and grew vegetables is not an essential part of the definition of a lighthouse. Therefore, it has been decided in this paper that the definition should not include any specification as to whether humans were actually given living accommodation in or adjacent to the structure. It is the operation and maintenance of a navigational aid that is important. To satisfy our mental image of a lighthouse, it is very important that humans should be able at least to work within, rather than merely outside of, the structure. This is a level of structural distinction that retains the human element, and includes all the structures that most people would wish to see included in a list of lighthouses. It widens the list to include open metal framework structures, but this is a small price to pay in order to have a consistent (and simple!) definition of a lighthouse. The definition we propose is also logical in view of the broader meaning of the verb ‘to house’ as ‘to enclose’, rather than ‘to accommodate’ (in the domestic sense) a person.

In recent years, it has become popular for individuals to construct replica lighthouses (sometimes described as follies or faux) on their domestic property and to go to great lengths to make them as close as possible to the ‘real thing’. We would argue here that it is only if such a light is officially recognised as an aid to navigation by the appropriate national authority and included in the respective national list, that it could be described as a lighthouse.

Thus, there is no precise answer to the question, "What is a lighthouse?" but it is possible to improve upon the definitions currently in use, especially when serving the needs of creating consistent data for a database. There is additional imprecision associated with other related terms. We shall now try to give sensible meanings to other definitions, with the aim of extending our knowledge structure for a database of lighthouse information. 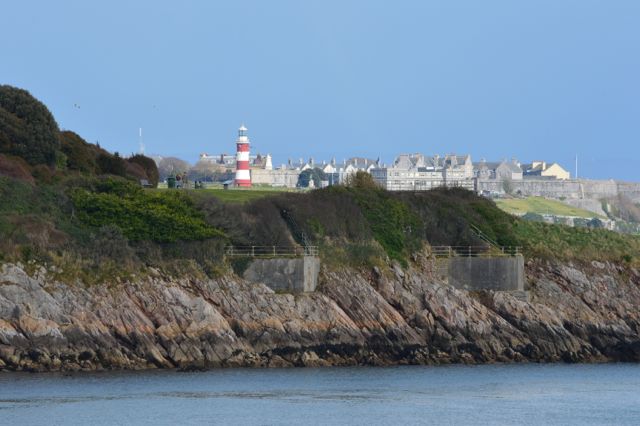 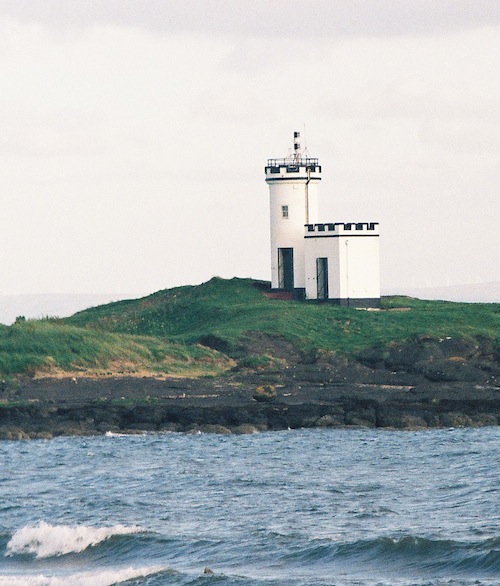 This structure USED to be a lighthouse. Its lantern was removed and the present light added. It is a fully listed, functional, lit and built aid to navigation. In this form, it is not a lighthouse.