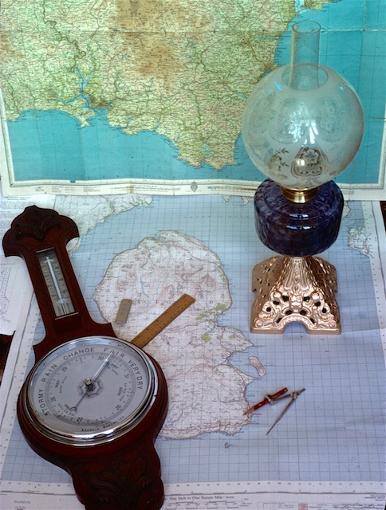 When you go travelling in your car you generally take a map which shows the land and (if there is any) surrounding sea. When sailors go to sea, one of the most important things they should always take is a chart - a map of the sea and the surrounding land. In ancient times, before any kind of map really existed, many were created by studying the land from the sea and making observations from ships. One of the most important tasks of the early voyages of discovery was to map the oceans and any land that was discovered. At first, sea charts were quite pictorial; representations of the land shapes were drawn and geographical features or man-made objects added. Anything that could be considered an Aid to Navigation was shown on the chart. Only over the course of centuries did charts acquire scales and the necessary precision of drawing them that allowed accurate measurements of distance and position. This was brought about by the adoption of a mathematical device for defining a point on a sphere (the Earth) - what we call latitude and longitude.

Another item that was (and still is) carried along with the charts on a ship, and rather less known about, were books of written instructions, sometimes called Sailing Directions or Rutters, which gave written navigational information that did not necessarily appear on charts. The modern equivalent of Sailing Directions are Coastal Pilots - which show drawings or photographic panoramas of the coast - and Nautical Almanacs which contain a mass of coastal and port information, as well as lists of lights and all aids to navigation.