H09: The Interaction of Light With Materials 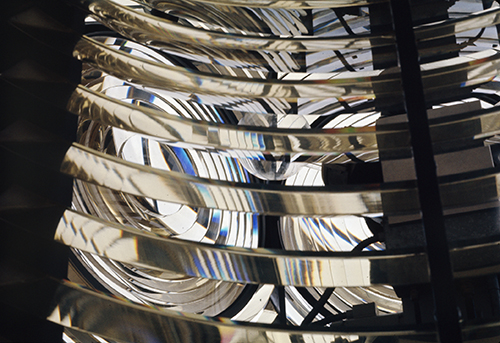 Figure H09: A photograph taken through some of the elements of a lighthouse optic.

Q: How does light interact with materials?

Light travels through space (a vacuum) at the very high speed of 300 million metres per second. It travels through air at a similar, but not identical, speed. Air is called the medium in which the light travels, but we know that light travels through other media too, such as glass, water and some plastics, for example. We have already inspected the passage of a ray of white light through a prism and seen that there is a significant interaction: not only is the light deflected in direction, but the deflection varies upon the wavelength of the light.

Our study of lighthouses is most concerned with the passage of light through air and glass. Substances that allow light to pass through them are called transparent. Those which do not are called opaque. Metals are opaque and rocks are too, in general, but there are some minerals that are transparent. Glass, after all, is made of sand which we don't think of as being transparent! Plastics vary considerably in their degree of opacity. It might surprise you to know that most of our spectacle lenses today are made of plastic!

The above discussion of transparency or opacity is something of a simplification because light can be absorbed by the medium as it passes through. The amount of light absorbed determines whether we think of a medium as transparent or opaque. The distance that the light travels when passing through the medium (i.e., its thickness) also matters. Even if a medium might be called transparent, if its thickness is great enough, much, or all, of the light might be absorbed. So, for example, it is very dark at ocean depths of more than a few hundred metres because the light does not penetrate much farther than that.

The absorption of light by materials is caused by the interaction of the light energy with the atoms and molecules that are contained in the medium. It is not surprising, therefore, that this interaction also affects the speed at which the light passes through the medium. Thus, the speed of light in glass is about 450 million metres per second, and in water is about 400 million metres per second.

All materials (mediums) absorb light to a greater or lesser degree;

The speed of light is different through different mediums.