The picture below is from the Vatican Gallery of Maps and depicts the Roman port of Centum Cellae, known today as Civitavecchia. A sea port on the Tyrrhenian Sea, it is located 80 kilometers west-north-west of Rome, across the Mignone river. The harbor is formed by two piers and a breakwater, on which is a lighthouse. The name Civitavecchia means "ancient town". 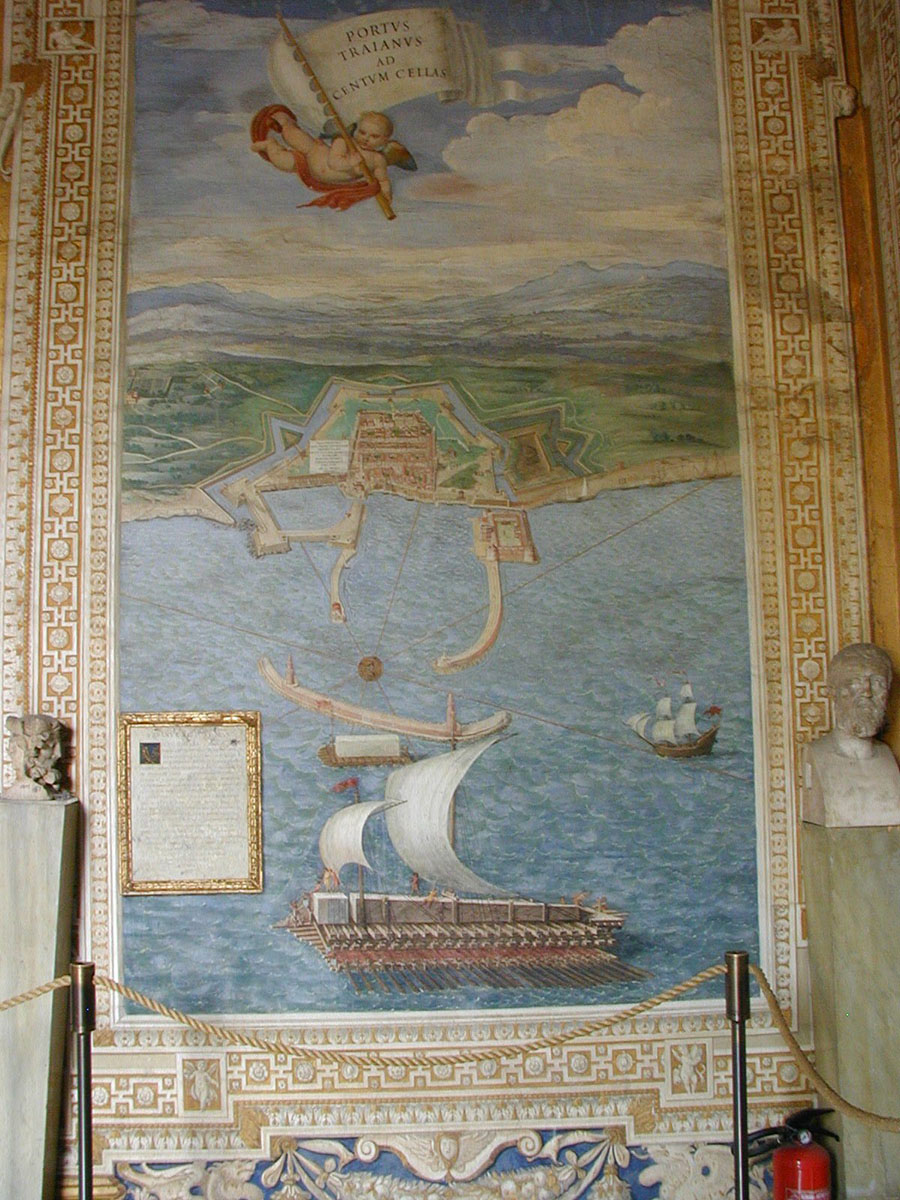 The picture below is a close-up of the port shown above. It clearly shows lighthouses on the end of each of the central mole.

The harbor was constructed by the Emperor Trajan at the beginning of the 2nd century. The first occurrence of the name Centum Cellae is from a letter by Pliny the Younger (AD 107). The origin of the name is disputed: it has been suggested that it could refer to the centum ("hundred") halls of the villa of the emperor. In the Middle Ages Centumcellae was a Byzantine stronghold. Raided by the Saracens in 828, it was later acquired by the Papal States. It became a free port under Pope Innocent XII in 1696 and by the modern era was the main port of Rome.